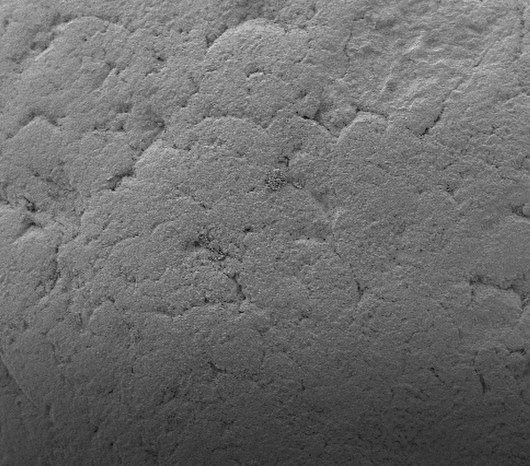 Have you ever wondered just how small an E. coli bacteria is? We made this video to show E. coli growing as a biofilm on the surface of one grain of sand. E. coli bacteria like to live in the gut of warm blooded humans and animals are often associated with contamination of water by feces from humans and other mammals. Electrical geophysical methods are tested to see if the response is affected by the amount of E. coli bacteria. And yes, we are cleaning our hands.

This video was made as part of the Formas-funded MIRACHL project, and a Marie Skłodowska-Curie Actions (Tina Martin) where new methods to describe bioremediation processes underground are being developed.

This is a joint project led by Dept of Geology and Engineering Geology, together with the Divisions of Applied Microbiology and Water Resources Engineering. Imaging was conducted by the Lund University Bioimaging Centre.